You are here: Home / Articles / You’re Not Failing Your Reps. You’re Quitting. 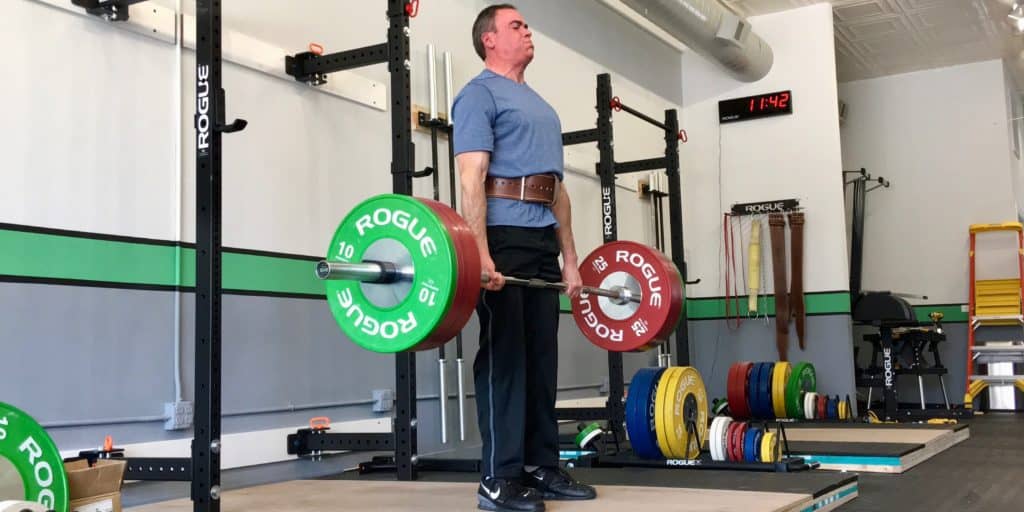 I had a realization recently. Since I started lifting, I have failed very few reps. It may seem like I am bragging but I am not. Stay with me.

Don’t get me wrong. I have had several instances where I did not successfully complete a rep. I have been unsuccessful in standing up my squat countless times and I have been unsuccessful in a variety of ways. I have barely gotten out of the hole, not been able to stand up at all, and my personal favorite: completed 4 reps in a set of 5 and just decided that the fourth rep was so hard, I shouldn’t even attempt the fifth. If my press gets stuck, it is always just below my forehead and if my deadlift doesn’t effortlessly make it to the middle of my shins, I miss the lift 100% of the time.

Two things happened to make me realize that I was quitting almost all of my missed reps. First, I saw other Chicago S&C members grinding through insanely long, seemingly impossible reps and successfully completing them.

The champion of conquering the long, slow-starting rep in our gym is Chicago Strength & Conditioning member, Kyle Crowley. Kyle so epitomizes the hard fought rep that we have created a new term in our gym: the “Kyle Grind.”

I have seen Kyle grind through a 12 second squat. I have seen Kyle barely complete a 4th rep on the press by the skin of his teeth, where it looked like he had nothing left, go for the 5th rep, and complete that too. I see Kyle do this pretty much every week. Kyle fails reps too but when he fails, it is after multiple seconds of not giving up. He never fails fast.

By contrast, I have consistently noticed that most people, myself included, fail reps very fast. There is no grind. There is no watching the bar slowly inch upward. The rep just ends abruptly.

I started thinking that these “failed” reps weren’t failed at all. Maybe all of us lifters were choosing to quit. Maybe we convince ourselves that if our deadlift doesn’t effortlessly make it to a certain point, we’re doomed to failure and don’t even try to grind out those early inches.

And then the second thing happened to make me see I was quitting most of my reps. I had two reps where I engaged in the Kyle Grind.

It was a week before the Starting Strength Challenge and I was having a really bad training week. I felt weak physically but determined mentally. I squatted a heavy single and it felt ungodly heavy the moment I got in the hole. It felt heavy the way that past reps I had missed felt heavy. But I committed to trying to stand that weight up until my body actually failed. It took 8 seconds but I stood that sucker up. Then, I deadlifted a heavy single. It felt heavy the moment it got a millimeter off the ground. I had never successfully completed a deadlift rep that felt heavy that early. Never. I actually had time to think that thought. But I pushed the thought aside and kept pulling. The rep was so slow that Coach Dave had time to yell “it’s still moving, just get it above your knees.” I completed that rep.

Never in my three years of lifting had I completed such slow lifts. I had always quit reps that were too hard too soon. I had never committed to the Kyle Grind.

I encourage all lifters to look inward and reflect on past lifts. Do you ever complete slow lifts or do you always fail immediately? Do your coaches have time to yell encouragement at you in complete sentences or is the rep over before they can even get a word out? Be honest with yourself. You know the answer.

Aspire to have some slow reps. It’s ok to fail but most of your “fails” aren’t fails at all. Compete against Kyle for speed. If you can have a rep slower than Kyle’s slowest rep, you’re doing something right.

The perfect example of the Kyle Grind occurred a few weeks ago. Kyle was going for a bench press PR and the bar came off of his chest very slowly. If it had been anyone else, I would have thought there was no way he was completing that rep but because it was Kyle, the actual thought that flashed through my brain was “He’s got that bar right where he wants it.” And I was right. Kyle PR’ed his bench that day after completing a long, slow rep.

The next time the weight feels heavy, don’t decide to quit. Decide to commit to the Kyle Grind.